How to maximize your EAM or CMMS Innovation often requires disruptive change. This is not a new concept. However, since people typically dislike change, innovation may be slow to materialize. Take sliced bread, for instance. We all make jokes about something being the best thing since sliced bread, but people (and particularly bakers) disliked the idea of sliced bread.

Something that is new is good. If it isn’t innovative, the novelty may not matter. In the case of sliced bread, the detractors were right. When the whole loaf of bread was sliced, it became stale. With this worry, Wonder Bread was one of the first to innovate and assure consumers that “wonder-cut” bread would not dry out.

Innovation needs to change goals and expectation — change the rules — move the needle. Ultimately, like sliced bread, people have to buy into the idea.

The question is, will tracking mechanical seals in an enterprise asset management system (EAM), such as Maximo, or computerized maintenance management software (CMMS) system, such as eMaint, be innovative enough for personnel to go through the pain that sometimes accompanies change? What are the primary benefits?

Figure 1: Mechanical seals are considered to be spare parts, but they have their own spare parts. Courtesy: SEPCO

Could seal failure be a symptom of a bigger problem?

As mechanical seals have become a primary method for sealing, the industrial process pump repair cycle often is driven by the lifespan of this component. Seals are treated as a replacement part or consumable item. This is an error. Because they can be repaired and reinstalled, mechanical seals should be tracked as a rotating asset. Even though viewed as a spare part, seals have spare parts (see Figure 1).

As a spare part, the seals are grouped together in a bin location by item number, and they are only tracked by inventory use. The seals are theoretically considered disposable. In reality, the seal is sent out for repair and received again as a new item at the rebuild cost. The rebuilt rotating item has a serial number and a rebuild history that is lost because of this item’s master classification.

Frequently, end users do not effectively and efficiently use their EAM or CMMS to track their mechanical seal processes and inventory — including purchase, storage, rebuild and replacement. This takes time and effort to set up, and often teams are reacting to problems and may not have time to do this. However, maintenance and reliability teams pay for and install mechanical seals without much idea of how they perform after installation. Mechanical seals often are impossible to track because they were being rebuilt and still treated as a consumable item. Teams usually have no history. Figure 2: A screenshot of an added rotating asset in Maximo. Courtesy: SEPCO

A mechanical seal behaves like a fuse that fails often because of an overload or some other issue in a pump system, not because something was wrong with the seal. Upon investigation, teams often find that the seal failure was a symptom of bigger process problems. If this rotating asset is not tracked, how does the plant team know:

Mechanical seals should be tracked because they are repairable and have a history. Using an EAM or CMMS to manage and track mechanical seal practices helps teams:

Failed mechanical seals tell a story. Clues about the cause of the seal failure are evident during the seal’s rebuild process. Some manufacturers analyze the seal’s wear patterns and provide a report of these findings. However, this data is typically not captured at the asset level. Ultimately, identifying and addressing the underlying causes of the seal failure improves the system reliability and extends pump life. Tracking seal processes in the EAM or CMMS increases end users’ ability to identify and address chronic and premature seal failures.

Figure 3: The many components of a mechanical seal. Courtesy: SEPCO

How do you track mechanical seals?

The maintenance planner for a facility will oversee adding mechanical. In a CMMS or EAM, the seal should be entered as a rotating asset (see Figure 2). When this seal is removed for replacement or repair, this should be noted in the program so that where the seal goes can be tracked. Once the asset is added, any activities related to it can be recorded and tracked in the software.

If the seal is sent for repair or even analysis to determine failure, this information should be entered. The components of these rotating assets are important to know and note as well (see Figure 3). The seals may wear and/or fail in several areas (see Figure 4).

However, the elastomers (gaskets and O-rings) in the seal will tell the true story of why the seal failed:

The manufacturer who repairs or rebuilds the seal should be able to analyze the wear and determine why the seal failed. Was the failure caused by:

The next time the team installs a new or rebuilt mechanical seal, take the time to add it to the EAM or CMMS. The information and history gained will be the building blocks of more successful seal deployment and may improve the entire pump system.

Figure 4: The many areas that can wear/fail in mechanical seals. Courtesy: SEPCO

Author’s note: We mention some EAMs and CMMSs in this article. They are used by way of example and are not endorsed by SEPCO or its employees. 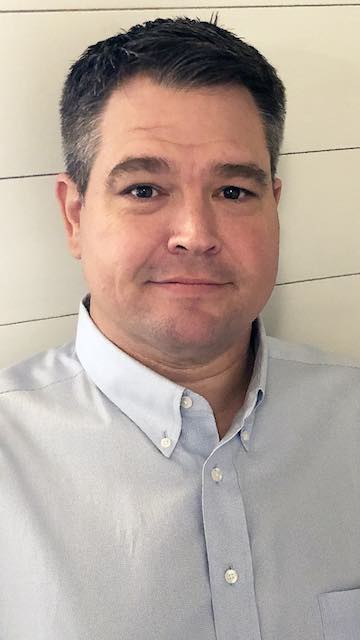 Chris Tindell
Author Bio: Chris Tindell, CMRP, is a regional business manager for Sealing Equipment Products Co. Inc. (SEPCO). SEPCO supports global distribution in more than 30 countries. Tindell is a maintenance and reliability professional with more than 20 years of experience in reliability consulting, training and troubleshooting equipment. He is an experienced vibration and lubrication analyst and maintains professional certifications in multiple engineering technology fields. He has worked in many manufacturing industries auditing and optimizing PSM maintenance programs and providing training on RCM and Lean manufacturing strategies.