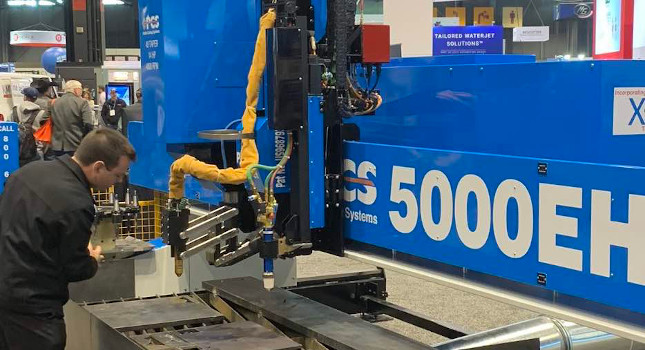 Earlier this year, Amazon announced that it would be slowing down the expansion of its fulfillment network. During the pandemic, the company more than doubled its fulfillment square footage across the U.S. as e-commerce sales soared. Now that they are starting to slow down, its having to take the foot off the gas when it comes to building new warehouses.

This will have a two-fold affect on the market. Firstly, Amazon accounted for 38% of the demand for warehouse automation in 2021, which means that a slow down in Amazon’s investments means a slow down for the industry.

However, it’s not just the companies exposed to Amazon that will be affected. Amazon made up a big part of several warehouse automation vendors revenues which means that if Amazon stops investing, these vendors will have to look elsewhere to sell automation. This will significantly increase the level of competition in the market and potentially erode margins in the short- to medium term.

Our Warehouse Automation – 2022 Report, publishing next month, takes a deep dive into Amazon’s influence on the market and provides detailed forecasts on the topic.

The COVID pandemic, coupled with the Russia-Ukraine war, has increased commodity prices significantly. The price of cold rolled steel in the U.S. increased nearly four-fold between mid 2020 and the end of 2021. Steel accounts for a large share of most warehouse automation systems. In the case of unit-load AS/RS systems, steel accounts for upwards of 80% of the system value.

As a result, several warehouse automation integrators are using more variable rate contracts which follow the price of certain indexes such as steel and aluminum. This passes the risk to the customer which we believe could reduce demand and lead end-users to post-pone investments until a more stable economic climate is reached and more fixed-rate contracts are offered.

The price of steel is slowly coming down now as we start to ease some of the supply chain disruptions. Furthermore, the demand for steel in China has reduced significantly due to a) lockdowns in Shanghai and Beijing, and b) the housing crisis caused by Evergrande’s excessive debt.

Whilst things are becoming more positive, there are a few potential scenarios which could increase steel costs again. Firstly, as China returns to full manufacturing output following a period of strict lockdowns, the demand for steel may increase again. Another, more alarming, scenario could be that Russia stops supplying natural gas to Germany via its Nord Stream 1 pipeline. Germany accounts for about 25% of European steel production and halting natural gas supplies will have a severe impact on this sector.

As part of our research, we closely track commodity prices and the geopolitical issues which affect their prices.

To avoid commoditization, hardware OEMs are looking at additional, higher margin revenue stream to differentiate themselves. The two main approaches to differentiation have been software and services.

Furthermore, the emerging warehouse execution system is proving to be a high-value and sort after new solution that differentiates integrators from those which only offer WCS. The WES combines condition monitoring data from the equipment and business rules to create real-time order release decisions. It also uses a system-wide view of the distribution center to orchestrate multiple sub-systems and balance the work across areas.

Our Warehouse Automation Software – 2022 report provides a deep-dive into the emerging WES market with long-term revenue forecasts and market shares. The report also covers the WCS market, along with the emerging Fleet Management System (FMS) market.

During periods of economic uncertainty, it’s common place for companies to tighten their purse strings. Coupled with the rising costs of commodity and energy prices, we’ve heard that end-customers are looking to post-pone investments until a more stable economic condition is reached.

Fundamental economics plays a big role in our approach to forecasting. So much so, we partner with an economic forecasting company called ITR Economics. ITR Economics knowledge of all things ‘economics’ coupled with our thorough and in-depth analysis of the warehouse automation market places us in a good position to provide (at least some) clarity in these uncertain times. Rueben Scriven
Author Bio: Rueben Scriven, senior analyst, Interact Analysis. He is one of the warehouse automation industry’s leading analysts and is a regular speaker at leading industry events.