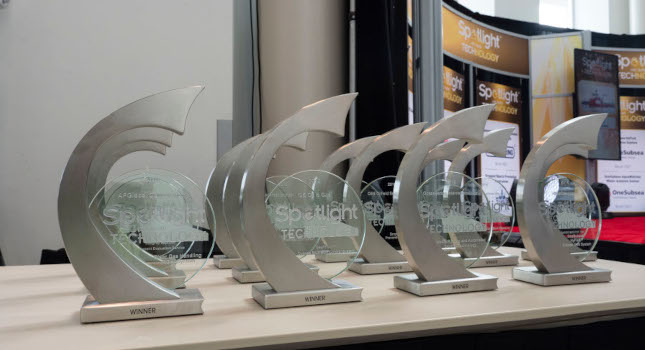 In a sign of changing times and shifting attitudes, this year’s Offshore Technology Conference (OTC) featured an Energy Transition Pavilion to highlight technology advances for new and existing energy sources, as well as showcase solutions to decarbonize, drive sustainability and improve energy efficiency.

OTC’s agenda has shifted “overwhelmingly to energy transition topics such as offshore wind, net-zero emissions and carbon capture,” according to The Houston Chronicle.

The conference took place in a unique atmosphere, including a four-month runup in crude prices, shifting global energy supplies due to armed conflict, supply chain issues, skilled labor shortages and the longer-term consequences of Covid-19.

While not as humongous as it has been in previous years, OTC 2022 welcomed more than 24,000 attendees, according to the event’s organizers, who say that is double the attendance of last year’s conference in August 2021. In 2014, the conference drew more than 100,000 attendees. That was the last time oil prices reached $100 a barrel. Of this year’s attendees, the organizers say nearly 7,000 traveled from outside the United States.

Yet despite the uncertain state of global energy markets, the subject matter experts in attendance at OTC remained focused on productivity-enhancing solutions for the high-tech offshore oil & gas industry.

Most anywhere you have piping, you have flanges. Oil & gas facilities may have hundreds of thousands of flanges joined by bolting. Proper bolting is key to managing fugitive emissions. Greenfield, NH-based HYTORC, which says it’s the oldest and most recognized manufacturer of industrial bolting systems in the world, received two Spotlight on New Technology Small Business awards at OTC 2022. HYTORC has received four Spotlight on Technology awards since 2019.

In 2019, the company won the award for its Lithium Series II tool, which introduced TorcSense technology, a new method of direct torque measurement and closed-loop control for more repeatable bolting performance.

In 2022, the company won the awards for its MXT+ Hydraulic Torque Wrench and Connect App software. The MXT+ adds a coaxial reaction drive, auto-release feature and a new cycle counter.

The Connect App provides Bluetooth-enabled wireless data exchange between HYTORC electric torque tools and Windows PC or mobile devices. By sending present bolting parameters to the tool, the app simplifies and speeds up the configuration of bolting operations. It guides users through simple or multi-pass sequential bolting operations to ensure accuracy, and even records detailed bolting results for complete project documentation.

Displayed and demonstrated at OTC

At OTC 2022, Caterpillar Oil & Gas showcased product displays and previews of what the future holds for the industry from Caterpillar, SPM Oil & Gas and Solar Turbines.

Last year, Caterpillar expanded its brand portfolio by acquiring SPM Oil & Gas, the provider of oil field products and services. “We offer the broadest range of pump technologies in the industry, which enables us to meet any job requirement,” said John Shanahan, president, SPM Oil & Gas.

One of the most popular displays at recent OTCs are the security robots that emulate the form and abilities of man’s best friend, the dog. These include the Boston Dynamics Spot robot recently featured in TV beer commercials. Use of robots that imitate the form and capabilities of living animals were on display at OTC. Courtesy: Ares Security.

Now, Vienna, VA-based ARES Security supports robotics automation integrated with its mission planning & operations software (MPO) and its glass panel robotic operations control center (ROC2). The goal is to perform missions that can be harmful to human life as well as optimization of human resources. Built to withstand heat, cold, water and the most difficult terrains, the robot boasts long battery life as well as easily field serviceability.

AVERT solutions are use in 65% of the North American nuclear reactors and 33% of the top tier ports in the U.S. We work directly with each customer to determine their unique needs to provide tailored solutions that enhance both security and operations. A growing portfolio of solutions, enables us to offer the full spectrum of products and services to prepare, prevent, detect, assess and respond to the myriad of risks that threaten critical infrastructure.

More about robots at OTC

Nauticus Robotics Inc., a Houston based developer of subsea and surface robotic services using autonomy software, announced at OTC 2022 an initial production run of Nauticus Fleet, a robotic navy of 20 Hydronaut – Aquanaut pairs. These tandem pairs will be deployed in multiple offshore industries serving applications ranging from subsea maintenance and intervention to data collection activities. The first set of robots will be delivered in Q4 2022, with the remainder being fulfilled by the end of 2024.

Nauticus is currently planning regional operations within the Gulf of Mexico, Norway, The United Kingdom and Brazil. These regional bases will provide local subject matter expertise and logistics to maintain the highest quality of services. Eventually, Nauticus plans to have operation bases around the world, strategically located and equipped with local remote operation centers and service teams.

Aquanaut is a fully electric, free-swimming subsea robot, controlled through acoustic communication networking and can perform a wide range of data collection, inspection and manipulation tasks. Aquanaut’s defining capability is operation in two separate modes: actively transforming itself between the excursion and intervention configurations. Excursion mode involves the use of data collection and perception sensors during transit, while intervention mode uses two electric work-class manipulators to perform work in the subsea environment.

Let’s conclude this round-up by noting one more of the 14 recipients of the OTC 2022 Spotlight on New Technology awards.

R2 Environmental Systems invented a revolutionary technology for the treatment of waste drilling fluids, making it possible to recover drilling fluid and drastically reduce the amount of drilling fluid purchased, transported and eventually disposed of.

Pearl in the rough

The Interceptor is designed to be an industrial-grade, modular solution to meet the high demand for performance computing, wireless networking and real-time data capture solutions in critical applications.

Outstanding British engineers are in evidence all over the world. At least two of them were at OTC, where Oxford, UK-based Oxford Flow, a flow-control equipment specialist, received the Albert Woelfel Best Mechanical Engineering Achievement Award by the American Society of Mechanical Engineers for its ES axial flow valve.

The Woelfel BMEA Award recognizes innovation or practical use of mechanical engineering in solving problems, improving design or maximizing performance. Chosen by an executive committee, Oxford Flow is the first company to win the award since 2019.

Dr. Chris Kennell, technical sales manager, one of a team of engineers who developed the ES valve, said: “Until recently, the valve industry only brought forward iterative engineering design improvements with no major changes to the classic valve blueprint. However, given that the most common failure points of valves are the stem and actuator mechanical linkage, without reimagining the design, operators remain trapped in a cycle of spending millions in maintenance to prevent leaks, causing significant safety risks or impacted the environment.”

Oxford Flow’s ES axial flow valve, which has no mechanical actuator, stem or drive train, eliminates fugitive emissions and is considerably smaller and lighter than existing valves on the market.

The ES valve is certified to ISO 15848-1 Class A and provides notable assurances of leak elimination in comparison to the standard Class B certification, which is typically seen across the industry.

“Due to its design, operators that begin to replace traditional valves with the reimagined ES valve will no longer need to allocate resources to control fugitive emissions on that portion of their valve population,” said Scott Houghton, senior mechanical engineer, Oxford Flow.